What Are The Nootropic Benefits and Side Effects?

For millions of us, we take a cognitive-boosting substance every day, perhaps without even recognizing it.

Coffee is naturally high in caffeine, which has been found to improve our cognitive abilities like focus, attention, and memory (1).

As a result of the impact it has on cognition, some classify coffee as a nootropic. The term nootropics has come to refer to all types of cognitive-enhancing substances.

However, while coffee can help, taking a high dosage can lead to side effects. The same can be said for some other nootropic substances.

Therefore, this article will investigate several benefits and side effects associated with taking nootropics.

What Is A Nootropic?

The word “nootropic” literally means to turn or bend the mind.

The term was coined by Dr. Corneliu Giurgea back in the 1970s. When the term first came into existence, substances were only classed as nootropics if they fit particular criteria.

A true nootropic must enhance memory, improve behavior & control, protect the brain, and display little to no side-effects.

As touched on earlier, this definition has been lost to a degree. Now, nootropics refer to a wider range of cognitive substances that don’t necessarily fulfill all parts of the criteria.

There are different types of nootropics to be aware of.

Some produce from natural sources (such as plants and herbs) have nootropic properties. A few examples include bacopa monnieri, ginkgo biloba, and panax ginseng.

There are also synthetic substances and drugs that are designed to cause an improvement in cognition.

Some nootropic drugs, such as Adderall, Ritalin, and Provigil, are prescribed to treat specific medical conditions.

These drugs have been found to reduce the symptoms of conditions such as Alzheimer’s, attention deficit hyperactivity disorder, narcolepsy, and schizophrenia (2).

A number of scientific studies have found both natural and synthetic nootropics to be effective for enhancing mental function (3).

Considering the complexity of the brain, understanding how these substances impact the brain is unclear.

However, it thought that nootropics improve cognitive function by: 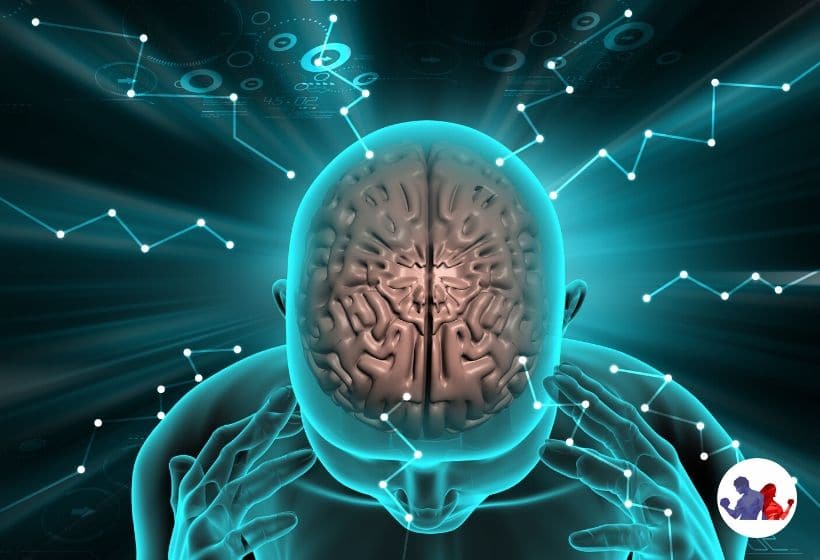 This section will review a number of short and long term benefits that are commonly associated with nootropics.

As we age, unstable molecules known as free radicals begin to damage the cells of the body. While it’s not absolutely clear what causes aging, free radicals certainly play a role.

The brain is not exempt from the impact of free radicals and will begin to decline as we age. However, taking nootropics may slow the aging process or even reverse some changes.

Many nootropics are high in antioxidants, which are compounds that inhibit free radicals and prevent damage to the cells.

Therefore, taking nootropics and increasing antioxidant levels may prevent or slow the deterioration of the brain.

As mentioned, the antioxidant content of many nootropics can protect the brain for cellular damage.

That being said, the health of the brain can be negatively impacted in other ways. Inflammation and something known as amyloids can also damage the brain.

It is suggested that nootropics may prevent the formation of amyloids and also clear the brain of neurotoxins.

Lastly, nootropics have been linked with improving the brain’s resistance to stress, thus further protecting the brain from damage.

Due to aging and injury, the brain will begin to deteriorate. However, the brain is always in a state of neurogenesis, which is the term used to describe the regeneration of brain cells.

Providing that the brain is provided with energy and resources, this regeneration process can be optimized.

Specific nootropics may facilitate neurogenesis and consequently promote brain health and function. It has also been theorized that they can reverse age-related changes in the brain.

The cells of the body are in a constant state of regeneration and remodeling. Taking nootropics can ensure that this regeneration process is optimized.

Nootropics have been used throughout history as a way of improving memory. Nootropics can impact different kinds of memory, such as free recall, short-term and long-term.

Free recall involves retaining a set of items and being capable of recalling each one. Short-term memory involves holding onto a small amount of information for a brief time. Long-term memory relates to indefinitely retaining experiences and knowledge.

It is suggested that these types of memory can be improved through regular nootropic use.

Nootropics are commonly used to boost mood and alleviate the symptoms of mental health issues. This includes anxiety, depression, and stress.

Mood issues have been linked with changes in brain function. Poor blood supply, chemical imbalances, poor stress resistance, and reduced brain energy may all have an effect.

Nootropics can promote blood flow to the brain (4), promote stress resistance and enhance brain energy. As a result of these changes, our mood may significantly improve. 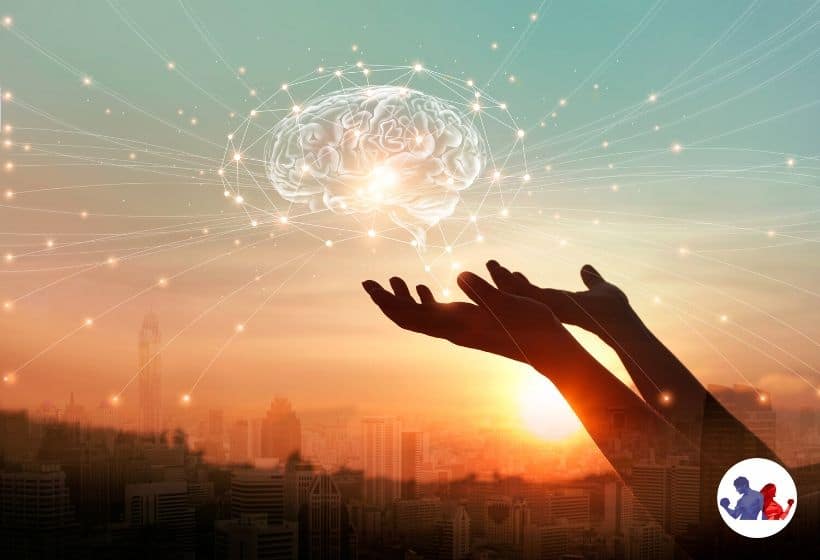 It can be easy to let the mind wander and procrastinate. Using nootropics may lead to improving focus and attention, allowing us to perform better with cognitive tasks.

This may help to explain why nootropics are popular with students and those in high-pressure roles.

Specific nootropics may have a more significant impact on attention than others. Substances that seem to be particularly impactful include citicoline, L-theanine, and L-tyrosine,

Nootropics may help to increase the production of energy available to the brain. By increasing energy levels, brain function can be optimized.

It is thought that nootropics do this by increasing blood flow to the brain. This ensures that nutrients are provided to the brain and enhances the ability of brain cells to produce energy.

It’s likely that we are all well aware of the impact that stress can have on how we perform. It can interfere with life in a number of ways including impacting focus and productivity.

As highlighted nootropics may be taken to relieve and reduce the impact of stress. They can also supply the brain with chemicals that have been depleted as a result of stress.

As a consequence of reducing stress, nootropics may also impact sleep. Certain nootropics have been found to promote feelings of relaxation and facilitate deeper sleep.

Although nootropics may generally have a positive on our mental capacity and function, there may be side effects.

This section will highlight a number of side effects to be aware of.

Considering that nootropics are stimulating substances, they have been linked with increasing both blood pressure and heart rate.

High blood pressure can increase the risk of developing cardiac-related conditions such as coronary heart disease. A rapid heart rate may place the heart under excessive strain.

Although some nootropics promote relaxation and sleep, not all do. Most nootropic substances energize the body and mind and consequently may adversely affect sleep.

Caffeine and tyrosine are two examples of nootropic substances that stimulate the body and mind. Therefore, regularly consuming these products may interfere with our sleep.

While not all nootropic substances are addictive, some have addictive properties. Research has demonstrated that the misuse of nootropic drugs and substances can lead to addiction (5).

Nicotine is a prime example of this. Nicotine can serve as a useful cognitive enhancer, however, it does appear to have addictive properties (6).

Nootropics can serve as a safe and effective way of sharpening our cognitive abilities. With that being said, it is crucial to focus on high-quality products and safe dosages.

However, except for prescription drugs, most nootropic products do not go through clinical trials. This is because they are regarded as nutritional supplements.

Be aware that some low-quality nootropic products may cause side effects. This may be as a result of cheap manufacturing, megadosing, or hazardous ingredient combinations.

For that reason, we must seek out high-quality products that will cause few or no side effects.

Always follow the recommended dosages as consuming an excessively high quantity can be dangerous.

If dosages are exceeded, instead of augmenting cognitive performance, damage may occur to the brain (7).

When it comes to dosage timing, personal preference, and schedule will typically dictate. It’s important to recognize that nootropics generally take an hour to two to kick in.

Therefore, if we want to optimize focus and performance, take a nootropic at least an hour before a task.

As mentioned, providing dosages are adhered to, nootropics are generally safe. However, the use of nootropics is not recommended for the following individuals:

Do We Actually Need Nootropics?

If we seek to boost energy levels, enhance focus, and better performance, then using nootropics may be a good idea.

On the other hand, we may not necessarily feel the need to use nootropics. Although side effects are rare with good quality products,  there is a slight risk.

In terms of research on nootropics, there have been hundreds of studies investigating their impact on cognition.

While some studies have indicated the effectiveness of specific nootropics, other studies have found no impact.

Therefore, it would be improper to categorically confirm that nootropics are highly effective. While nootropics show promise for cognitive enhancement, more research is required.

Ultimately, nootropics may serve as a helpful aid, but they are by no means essential.

The brain is a complicated structure that science is still unraveling. Nootropics demonstrably impact the brain. However, more research is required to confirm the extent of these effects.

While specific substances do appear to cause cognitive benefits, this does not go for all nootropics. Additionally, some products may contain side effects and be hazardous to health.

Therefore, care should be exercised when using nootropics. Speak to a doctor first, always buy high-quality products and adhere to the recommended dosages.

The 12 Most Effective Fat-Burning Cardio Exercises

Welcome to Our Fitness Life

Our Fitness Life is an independent resource, dedicated to fitness lovers, gym goers, the health conscious, and those who want a good, healthier lifestyle. This is your nirvana (or samsara, depending on your take on life!)

Our Fitness Life is a participant in the Amazon Services LLC Associates Program, an affiliate advertising program designed to provide a means for sites to earn advertising fees by advertising and linking to Amazon.com.

All information provided on this site is intended for informational purposes only and does not constitute professional, medical or healthcare advice or diagnosis. The contents of these articles should therefore not be used as such.

Make sure to follow label instructions for whichever product you purchase. Always consult your doctor before using any products you see on this website.